Smartphone specs can be complicated. As technology advances, new jargon is introduced to describe the latest shiny features available on your smartphone.

As a regular consumer, jargons make it hard to know which smartphone has the best specs and, most importantly, what to look out for when buying a smartphone. Let’s cut to the chase and explain smartphone specs and what they mean.

Smartphone displays are sold with pretty big names, but the underlying technology is mostly the same. For instance, Apple uses Super Retina XDR branding while Samsung uses Dynamic AMOLED or Super AMOLED to refer to the same OLED display technology. Other companies call it AMOLED. Another common display technology is IPS LCD, which is found on cheaper smartphones.

In addition to AMOLED, you’ll also find another term thrown around, especially in flagship smartphones: LTPO. Low-temperature polycrystalline silicon (LTPO) is a backplane technology for OLED panels that enables smartphone companies to incorporate high refresh rates (90Hz and 120Hz) and higher resolution on their devices without compromising battery life.

LTPO technology allows the screen to dynamically change the refresh rate depending on what the user is doing. For instance, it bumps up the refresh rate to maximum if you’re playing a high-intensive game for a smooth gaming experience but steps down the rate when doing less demanding things like scrolling through social media.

If you want the best of the best, go for a device with an LTPO OLED or AMOLED display. Other things to look out for include resolution (FHD, QHD, and 4K), aspect ratio (the ratio between the width and height), and pixel density or PPI where bigger is better.

The processor (CPU) is the heart and soul of any computing device. In the smartphone, the CPU and other vital components like the GPU, display processor, video processor, and radio modems are combined into a single die known as a System on a Chip (SoC), or chip for short.

To understand smartphone processors, you first must be familiar with the industry players.

At the time of writing, Qualcomm is the biggest manufacturer of smartphone processors. They are responsible for Snapdragon chips. Most Android smartphones, especially upper midrange and flagship ones, are powered by Snapdragon chips.

MediaTek is another big name in the industry. MediaTeks’ flagship chip series carry Dimensity branding. Besides the Dimensity series, MediaTek has its mainstream Helio series.

Aside from Qualcomm and MediaTek, Samsung, Google, and Apple also make their chips. However, their chips are usually exclusively used in their smartphones. Samsung uses Exynos chips in most of its Galaxy smartphones, while Apple’s A-series Bionic chips are the de facto SoCs on the iPhone. Google started using in-house Tensor chips with the Pixel 6 series.

Which Smartphone Processor Is Best?

Generally, it’s not easy to point to one specific processor as the best. It often comes down to which OS camp you belong to. If you prefer iOS to Android, pick any of Apple’s latest iPhones, and you’ll undoubtedly get their best chip. If you’re an Android fan, your choice is simple; Qualcomm is the best brand processor.

A key thing to note about Samsung’s Galaxy series phones is the company uses Snapdragon processors for phones targeting the US market. Samsung Galaxy phones shipping to the rest of the world use the company’s in-house Exynos processors.

Related: The Top Features to Look for in a High-End SmartphoneWhat primarily makes a smartphone chip powerful is the core count (the higher, the better), the processing technology (the lower, the better, e.g., a 4nm chip is better than a 5nm chip), and speed. Speed is usually expressed in gigahertz (GHz), where higher numbers typically imply better performance.

The graphics processing unit (GPU) takes care of the graphics side of things. They come in handy on mobile, especially when playing games. Unlike on desktop, smartphone CPUs by default come paired with a GPU on a single die.

Qualcomm’s Snapdragon chips are paired with Adreno GPUs. Samsung and MediaTek’s SoCs use ARM’s Mali GPUs, while Apple’s A-series Bionic chips come with an integrated Apple GPU. Like the CPU, the higher the number, the better the performance.

To figure out which GPU your device is running, Google your smartphone’s specifications. Many sites will help you with that.

When it comes to memory and storage, bigger is not always better since not all memory/storage is the same. Random Access Memory (RAM for short) is called memory, while Read-Only Memory (ROM) is referred to as storage.

RAM is the temporary storage where your currently used programs and program files are stored, while ROM stores long-term data. Due to this, you’ll have more gigabytes of ROM relative to RAM.

There are different types of smartphone memory, including LPDDR3, LPDDR4, and LPDDR5, which denote different memory generations. As times go by, newer versions of LPDDR are developed that are snappy, with lower latency, high bandwidth, etc.

LPDDR is similar to laptop and desktop RAM but is scaled down to consume lower power and also to fit inside smartphones. The LP part denotes low power. Similarly, the higher the number, the better the memory type, i.e., LPDDR4 is better than LPDDR3. Here’s a complete guide on RAM if you want to understand the nitty-gritty of memory in general.

Some smartphones boast “expandable storage,” which means you add more storage via a memory card.

Most smartphones use Lithium-ion batteries. Battery capacity is denoted in milliampere or mAh. Smartphone batteries come in different capacities, commonly ranging between 2500mAh and 5000mAh. Some smartphones have higher or lower battery capacities.

Higher capacities mean you have more power at your disposal, but it doesn’t always translate to longer screen time. They are other factors that affect a smartphone’s battery life.

You can charge a smartphone either using a cable or wirelessly. USB Type C is now the most widely used charging port, but Apple has its proprietary lightning port for iPhones. Fast-charging support on a smartphone spec sheet indicates that the device can charge at higher speeds.

Each smartphone spec sheet usually includes a maximum charging speed denoted in watts (W). For instance, the OnePlus 10 Pro supports up to 80W (wired) and 50W (wireless) charging speeds. The higher the number of watts, the faster the charging speeds.

Although smartphone specs seem shrouded in mystery and full of tech jargon, you can learn a few specs to make your next shopping trip easier. Remember: what makes a smartphone better is its display, processor, memory, storage, and camera.

The Best Smartphones for 2022

Looking for a new smartphone this year? Here’s a roundup of the best smartphones available to purchase at the moment. 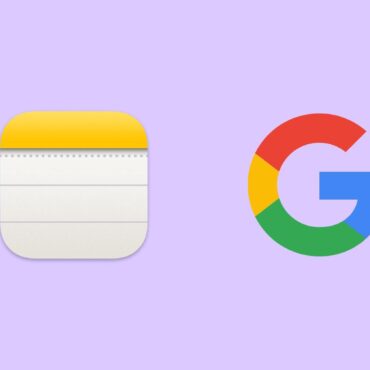 How to Save Apple Notes to a Google Account on iPhone, iPad, or Mac 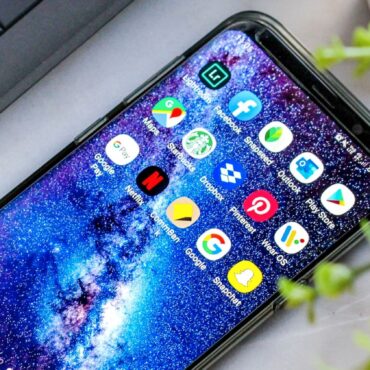 Top 10 New Cryptocurrencies of 2022 to Buy for Good Returns

DeFi: Power to the People and Away from the Banks 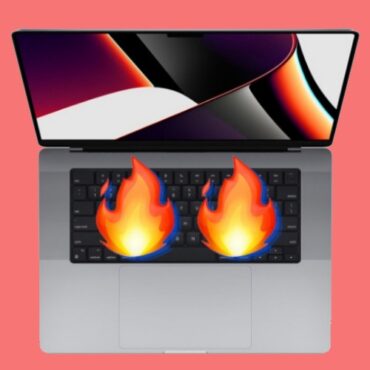 Why is My Mac Fan So Loud? 14 Ways to Fix Overheating Mac!