Tesla is the current king of electric cars. It beat numerous automakers with over 100 years of experience at their own game. However, even if electric cars are the future, they’re not immune to damage and wear and tear.

Although electric vehicles don’t need annual oil changes or radiator coolant refills, their battery pack still degrades over time. When that happens, whether through an accident or regular wear-and-tear, you’ll want to replace it so you can keep using your car.

But how much does it cost to replace the battery on a Tesla? And can you do it yourself?

If you’re looking at battery replacement costs to prepare to replace it in the future, you have little to worry about. Tesla claims that the Model S and Model X retain 90% capacity even after 200,000 miles. Third-party research data from NimbleFins support this claim, with 150,000-mile models at 90% and 200,000-mile cars still maintaining over 80% capacity.

Given that the average American drives around 14,000 miles per year, the average Tesla would take about 14 years to hit the 200,000-mile mark. Since most Americans keep their car for almost 12 years, there’s a low chance that you need to replace your Tesla’s battery in its entire lifetime.

Beyond that, Tesla offers an excellent warranty on its battery and drive unit. All their cars come with an eight-year or 100,000 (for base Model 3) to 150,000 miles (for Model S and Model X) coverage, whichever comes first. The guarantee states that batteries will have a minimum of 70% capacity retention within this period.

Related: How to Maximize Your Electric Car’s Range

Nevertheless, suppose you accidentally damage your car’s battery. Or it dies unexpectedly due to a factory defect, and it is already beyond the warranty period. In that case, you’ll have to spend to get a new one. But how much does it cost?

How Much Does a Tesla Battery Cost? What Elon Said…

Back in 2019, Elon Musk said that replacing battery modules only costs between $5,000 and $7,000. Each Tesla model uses between four and five battery modules per vehicle, meaning a complete replacement will set you back between $20,000 and $35,000.

With the most affordable Model 3 coming in at $44,990 before rebates, the battery accounts for nearly half the cost of the vehicle. However, actual dealer prices vary from what their CEO said.

The Dealer Cost of a Tesla Battery Replacement

However, battery prices may vary depending on your vehicle model. As Rich Rebuilds shared, remanufactured packs cost between $9,000 and $10,000, while new batteries can cost up to $22,500.

If you’re going to replace your damaged battery pack with a remanufactured one, the average cost would probably be around $13,000 to $17,000, depending on the complexity of the work. However, if you opt for a completely new battery, you should be ready to shell out upwards of $25,000.

There are numerous reasons why a Tesla’s battery pack will die. It could be a voltage regulator issue, a fuse issue, or several other minor reasons. However, if the problem is within one battery module, the entire battery pack is affected.

That’s because the voltages across all battery modules must be similar. Even if just one module displays a value far different from all the others, it could cause the complete pack to fail.

When that happens, bring your car to Tesla, and they’ll fix it. However, they won’t replace just one module. Instead, they install a completely new or remanufactured battery pack and then send the old one to their battery plants for repair and refurbish. Once the old battery pack is fixed and checked, they return that pack into the system, ready to be installed in another car that needs a battery swap.

Related: The Most Common Questions People Ask About Electric Cars

They don’t replace battery modules in Tesla shops because they want to ensure that the battery they install in your car has 100% health. For this reason, they have their professionals go over it in their plants instead of replacing just one part of the battery, putting it back in your car, and then calling it a day.

While this is an excellent process to ensure that your car returns to a near new condition when they service it, it’s also expensive and might be out of reach for some owners. This is where third-party repair shops come in.

If putting down $15,000 on a new battery for your Tesla doesn’t make sense for you right now, you do have the option to visit third-party repair shops. These shops will check your vehicle thoroughly to find out the exact problem and execute the required repair.

While you might not get a completely new battery, they will fix the issue and get you back on the road. But most of all, the repair cost at these shops will generally be much more affordable than what Tesla charges.

However, since these shops aren’t regulated by Tesla, you should be careful when picking one to service your electric car. You should check reviews from previously satisfied clients or get a referral from a friend who had their car serviced there in the past before committing.

Can You Replace a Tesla Battery at Home?

If you’re considering repairing your Tesla yourself, you might run into problems unless you’ve invested time and money on equipment and training. That’s because you must know how to work with the car’s operating system to diagnose issues reliably.

Furthermore, specialized parts, plans, and schematics are hard to come by. So, unless you’re knowledgeable in servicing electric cars or willing to risk damaging your Tesla, you shouldn’t do it.

Nevertheless, if you’re really interested in working on your Tesla, there are several groups you can join and YouTube channels you can follow to discover how to go about it. But know that if you’re working with these things, you have to be careful as these batteries are dangerous high-voltage devices to those who don’t know what they’re doing. In short, there are significant health risks associated with changing a Tesla battery at home.

Be Ready to Lay Out Some Cash

Whether you’re planning to replace your Tesla’s battery at the Tesla Shop, at a third-party repair shop, or at home, you should be ready to spend some money. Tesla repairs are still the best option since they replace your battery with a factory remanufactured or brand-new pack. This ensures that the battery they install has 100% health and is free from any issue in the years to come.

But if you can’t afford the $15,000 or more asking price, your next best option is to go to a reputable third-party Tesla repair shop. You will definitely save money with these service centers if you pick the right one. Or you could do it yourself, provided you know what you’re doing or you’re willing to learn.

Despite the cost of replacing an out-of-warranty battery, you still get to save money compared to the gasoline and maintenance expenses of an internal combustion engine car. Plus, you help reduce CO2 emissions in the atmosphere. For most people, that’s a win-win situation.

What Is Tesla FSD and How Does It Work?

Tesla’s FSD beta is back for another round, this time inviting more users than ever to give it a try. Here’s how it works. 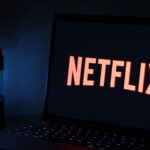 Has Your Netflix Account Been Hacked? What to Do Next 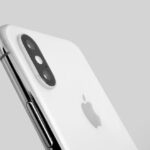 Best Places to Get Top Quality Athletic Wear in Oklahoma