The announcement that Windows users would be able to run native Linux apps on their machines with Windows Subsystem for Linux seemed like a real “when pigs fly” moment.

It’s certainly easy to run Linux and Windows under WSL without dual-booting or using a virtual machine, but are there any drawbacks to this setup? This article weighs the pros and cons of using WSL to run Linux on Windows.

Here are some reasons why you should use WSL to run Linux on a Windows machine.

1. It’s an Easy Introduction to Linux for Windows Users

WSL could be an ideal introduction to Linux for people who know nothing about it. They can get familiar with Linux commands without having to fully install a new operating system. All it takes is a few clicks from the Microsoft Store to set up WSL. This will also lower the barrier of adoption to Linux.

The primary reason for developing WSL, according to Microsoft, was to allow developers who were using open source tools to keep developing on Windows.

Many open-source tools are developed with Linux in mind. Developers had been migrating toward Mac laptops because they have a similar Unix-like environment. Microsoft hopes they can win back these developers using WSL.

3. No Need to Worry About Hardware Support

A nagging problem with desktop Linux is hardware support, especially on laptops. WSL obviates this problem. Most PCs on the market are still sold with Windows preinstalled. Just download and install WSL and boom, you have an instant Linux desktop.

In the future, “Linux on the desktop” could mean just installing WSL and a Linux distribution from the Microsoft Store instead of a standalone operating system.

Related: Why You Should Buy a Computer With Linux Preinstalled

WSL allows for true Windows and Linux interoperability. You can explore the Linux file system from Windows, and vice versa. You can also launch programs from each other’s command lines.

This could lead to some interesting applications, and perhaps a shift from thinking of the two systems as antagonists and more as environments that complement each other.

Since WSL already runs in Windows, you don’t have to reboot or launch a VM. With dual booting, you have to make hard drive space when installing the system and make sure you have backup media to boot from in case something goes wrong. If you want to run something in Linux from Windows and vice versa, you have to restart your system.

A VM is easier and quicker to set up, but since it’s still effectively a different machine, it’s difficult to share files between Windows and Linux. You often have to set up a file server on the virtual machine. Virtual machines also have a performance overhead.

WSL is much lighter on resources, and can easily interoperate between Windows and Linux, as mentioned above.

While WSL is very useful, there are some downsides that some people in the Linux community worry about.

Since WSL runs within Windows, fewer people might feel the need to install a desktop version of Linux. Since they already have a desktop with Windows, they might not see the point of installing a wholly new desktop OS, especially since they can run Linux GUI apps on Windows now.

This could only make problems with the Linux desktop worse, as there might not be as much of an effort to improve hardware compatibility if only a minority of Linux users run a full desktop.

While Microsoft has made a big show of how the company now “loves Linux,” some people in the Linux community have pointed to Microsoft’s historical “embrace, extend, extinguish” approach to competing products.

In other words, Microsoft would “embrace” technologies by offering official support, but “extend” them with options that would only work with their products, and then “extinguish” their competitors when people couldn’t live without these enhancements. Some people fear that WSL would allow Microsoft to do the same to Linux as a whole.

Related: Signs That Show Microsoft Is Really a Fan of Linux

In practice, this would likely be difficult as there isn’t really anything you can do in WSL that you can’t on a standalone Linux system at the moment.

Plus, Linux is widely used in enterprise servers. On Microsoft’s Azure cloud computing platform, more customers run Linux servers than Windows servers. So when you take the wide view, it seems that Linux dominates Microsoft rather than the other way around. It was likely this reality that prompted Microsoft to develop WSL in the first place.

Another annoying issue with Linux is the lack of compelling desktop applications, particularly games. It’s a classic “chicken and egg problem.” Fewer developers would consider releasing a game for Linux because the installed base is so small.

People who would run a Linux desktop might just opt for WSL. Fewer gamers would choose Linux because there aren’t as many games for it. WSL could make this worse, since there are a lot more Windows users than Linux desktop users, it makes more sense to develop for Windows first.

For people who are ideologically opposed to Microsoft and proprietary software, using WSL is unacceptable simply because it still means participating in this ecosystem.

WSL would only serve to keep people involved. For hardcore free software activists, nothing less than a PC with truly free firmware running a completely free software version of GNU/Linux would do.

5. WSL Is Not Really Designed for Servers

While you can install WSL on Windows Server, the distributions aren’t really designed to run as servers. Ubuntu doesn’t run systemd, so it’s more difficult to launch servers like Apache or MariaDB. This might be less of a drawback since most people who need servers will just deploy standard Linux servers anyway.

If WSL Makes Sense for You, Use It

Armed with all of these pros and cons, you may be wondering if you should use WSL at all. As much as Linux users might like to sway other Linux users away from Windows, there are a lot of people in the real world who need to make use of both systems.

If WSL makes going between Windows and Linux easier, you should use it. If you’re curious, it’s easy to get started with Windows Subsystem for Linux.

How to Get the Linux Terminal Using Windows Subsystem for Linux

Need to use the Linux terminal on your Windows PC? Learn how to run Linux on Windows 10 with Windows Subsystem for Linux.

David is a freelance writer based in the Pacific Northwest, but originally hailing from the Bay Area. He has been a technology enthusiast since childhood. David’s interests include reading, watching quality TV shows and movies, retro gaming, and record collecting. 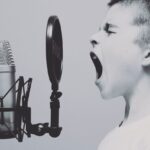 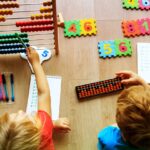 How To Make Money in Forex Without Actually Trading?

7 Reasons You Should Own a Seedbox

How Catecoin and Catpay Project is Competing Against Axie Infinity and SLP token?