But buying a second-hand phone can be risky as well. You have to look into several things before you buy a used phone from someone or a store that accepts to buy broken phones for cash from sellers. From knowing the authenticity of the phone to learning the best value of a used phone, a lot of information has to be gathered before purchasing.

Below we have listed some important things that you need to check before buying a used phone from an online store or from someone.

1.    Steer clear away from stolen phone

If you have been lured to buy a second-hand phone that is anyway stolen, stay away from such phones. Don’t get tempted to buy such a phone even if it’s offered to you at an extremely low price. After all, you don’t want to get involved with something that is stolen and illegal activity.

Also, some sellers may not give you full details of the phone so make sure to ask them for a soft or hard copy of the original purchasing bill that has their name on it. Also, check for other valuable details on the bill such as the date and time of purchase, name of the store or platform from where the phone was bought and more such details.

2.   Be aware from fake phone purchase

Did you know there is almost a $48 billion turnover rate annually for fake smartphone sales globally? Yes, you might get tricked into buying a fake smartphone and you may have no idea about it until it starts to show some fault.

This is why you need to check for the authenticity of the device before purchasing from anywhere or anyone. The internal parts of phones have valuable information like IMEI number, model number but the one who is selling fake phones may manipulate these informations with unrecognizable technique.

So, instead of checking the inside of the phone, you must go to the phone’s settings and check the about the phone section. Make sure to compare the model and IMEI number with that of the one mentioned in the back sticker of the phone. This way you can tell whether the phone is fake or not.

In today’s day, smartphones carry service codes that enable the users to unlock a special menu which is otherwise accessible through the phone’s dialler only. What you can do is take note of this code and search online for self-testing of the phone.

The service code will inform the user about the different parts and status of the phone such as the camera, speakers, battery and other functional parts. You can learn when the phone was assembled and what’s the status of each phone’s parts.

These are some crucial things that you need to look at before buying a second- hand phone from stores online or from a seller. There are many stores that buy broken phone for cash from consumers who want to sell their phone. These stores buy such phones to refurbish it for selling once again. You can also opt to buy such a phone at a cheaper price instead of buying a second-hand phone. 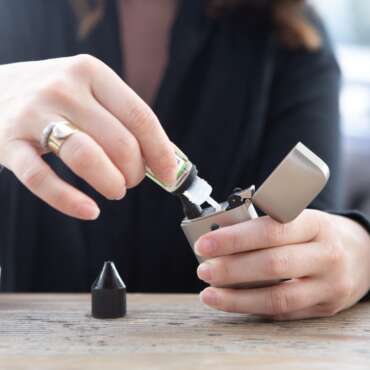 What Makes a Vaping Experience Safe and Better

#10 Methods: How To Make iPhone Faster?