If you have a smart speaker at home, chances are that it’s an Amazon Echo. But despite its market dominance, there’s a small yet growing group of people that are getting bored by Alexa and ready to move on. The question is, why?

Contents hide
1 What Do Statistics Say
2 Why People Are Getting Bored With Alexa
3 Are There Features Alexa Is Lacking?
4 What Do People Want From Their AI Assistant?
5 Are There Any Future Prospects for Alexa?
5.1 Subscribe to our newsletter

What Do Statistics Say

Alexa, the voice-controlled digital assistant built into Amazon smart speakers, has emerged as the dominant force in smart speakers by storm. According to Statista, Amazon controls 74% of all smart speaker sales in the U.S. in 2021.

As one of the first digital assistants on the market, Alexa has had time to build up a large base of users that are comfortable interacting with the assistant. That has led to a wide range of skills that have enabled the speaker to do everything from managing calendars, ordering food, and shopping online.

But for all of its dominance, Alexa has started to lose its charm for users, according to a Bloomberg report. But why is Alexa losing its appeal?

Why People Are Getting Bored With Alexa

While the main reasons that users are getting bored with Alexa vary from user to user, there are some commonalities that can be found.

For one, Alexa can be a bit unreliable. With its responses being based on algorithms, Alexa has been known to misunderstand or misinterpret commands. The result is a frustrating experience for users to keep having to repeat themselves. This can be particularly frustrating when it comes to making purchases on Amazon.

Another factor that has made people less interested in Alexa is due to privacy concerns. Since Alexa is always listening, the fear that Alexa is spying on them.

There’s also the fact that the most sold Alexa-enabled smart speakers don’t have a screen. Since it’s a voice-controlled assistant, Alexa-powered smart speakers have been traditionally designed to be listened to. But as a result, Alexa users have a much less visual experience, and it’s much harder for users to learn what their devices can do at any given time.

Related: Every Command You Can Say to Your Amazon Alexa

Are There Features Alexa Is Lacking?

Of course, these are not the only reasons people are getting bored with Alexa. There are certain features that have been lacking in Alexa-powered devices.

For example, some users would like to see the speaker’s ability to answer questions improved. While it can understand more complex queries, Alexa still struggles a bit with more basic questions.

Another feature that users are looking for in Alexa is language support. Right now, Alexa is only available in eight languages. Opening up the assistant to other languages would increase its appeal as it could be used by people around the world.

What Do People Want From Their AI Assistant?

Despite Alexa’s dominance, there are still a number of things that people want from their AI assistants. According to eMarketer, in 2020, 81% of users with a smart speaker use it for playing music, and 26% use it for making purchases at least once a year.

So, what do people want from their assistants?

For one, users want the ability to customize their experience. This includes being able to choose how they interact with the digital assistant and what features are useful for them.

Taking a page from Alexa, people want their assistant to be able to answer more complex questions. While it can do so in limited cases today, users would like to see an improvement in the technology’s abilities.

Finally, people want their assistants to be able to interact with them genuinely. Instead of just giving one-word responses, people want the AI agent to have more human-like conversations.

Related: 8 Common Amazon Alexa Issues and How to Fix Them

Are There Any Future Prospects for Alexa?

In spite of all the concerns, some still believe that Alexa is headed in a positive direction. In addition to having tons of skills, Amazon’s smart speaker has several upcoming features that could lead to an uptick in users.

Although Alexa has had its issues, Amazon is looking to make improvements. Using customer feedback, the company is planning on improving the assistant’s ability to answer questions and increasing its language support. While it may not be able to satisfy all of its critics, Amazon still hopes that Alexa will be able to retain enough users for the foreseeable future.

Why Amazon’s Alexa Is Going to the Moon (Literally)

Amazon Alexa in space? But why? It’s more interesting and relevant than it first seems…

Customer Analytics Market is Predicted to Reach US$24.2 Billion by 2025 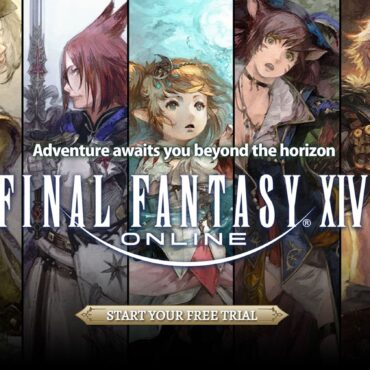 Everything You Need to Know Cardano, Polkadot and Solana - These are Facing Tough Competition with Bitgert