Yesterday, AMD and Nvidia took to the CES virtual stage to announce their respective updates. AMD headlined with a new series of CPUs, the 7nm Ryzen 5000 series, that is going to be a really compelling gaming laptop option. Nvidia headlined with new graphics for laptops, bringing some performance that was previously exclusive to desktop machines.

With all the parts from AMD, Nvidia, and Intel out, the laptops made up of those parts were free to be announced. And so we had a very, very large pile of gaming laptops to sift through from Asus, Razer, Acer, Lenovo, Gigabyte, Dell, and Origin.

They’re all linked below and taken in sum I am optimistic that it is going to be a very good year for gaming laptops. I wouldn’t go so far as to say that you won’t still notice some graphical compromises — of course desktops will be better — but the ones that sting the most could be smoothed over. Getting legitimately high frame rates at 1440p with respectable graphics settings is more than I honestly expected out of 2021. (Assuming, of course, that any of these computers live up to those claims in actual use.)

Those laptops and the components that power them were the biggest real news yesterday, but CES is just as much about concepts. Specifically concept gadgets that are almost guaranteed to never land on store shelves.

Are they attention-seeking vaporware? Quite often. 2021 may be TCL’s year to flex, but it’s also a year for it to engage in a weird flex — by showing off two more of its rollable, extendable display concepts.

Are concepts worth a look if only to get a sense of what might actually be released someday? Actually, maybe yes! LG, for example, claims that its Rollable phone is real and launching in 2021.

Then there’s the concept that by all indications (including reader attention on our website) has won the show: Razer’s concept N95 mask with RGB and voice projection.

I will admit, when I first saw that Razer had a concept mask with gamer-themed color lights I was not happy. My fear for this entire CES has been that a major company would try to take advantage of the pandemic to gather attention to itself with a gadget that isn’t scientifically sound. CES is always awash in dubious health tech, but the risk of people believing in bad health tech seems even higher this year.

But then, well, it seems like Razer has thoughtfully considered a lot of the very real problems masks cause and tried to account for them. It looks like one of those actually-unsafe vented masks, but those vents have filters the company wants to make N95-grade. It’s clear, so people can read your lips. It will have some sort of audio system (with help from THX) that will solve for the muffled voices masks can cause. It should seal tightly against your nose to help with fogging glasses.

All that sounds neat — neater than RGB lights anyway. But neat does not equal real, and this is very much like a concept car to my mind. In the press release, Razer’s language not only skirts the issue of a price and release date, it also skirts the issue of releasing a mask with this exact design at all:

The smart mask concept will continue to be optimized through rigorous testing and user feedback to ensure safety compliance and maximum comfort and usability. Design improvements will also be ongoing to support the evolving user needs and to deliver value without compromising functionality and performance. Project Hazel will be foundational to Razer’s ongoing support and commitment to public health and safety within the community.

The company told The Verge that it is “working with a team of medical experts and scientists,” but if Razer decides to actually produce and sell this mask, I expect — and you should demand — that it seek the “necessary approvals and certifications from the Food and Drug Administration, the Centers for Disease Control and Prevention, or Occupational Safety and Health Administration.”

As a rule, I am more generous than most when I see a CES concept because I know what they really are: fantasies with a purpose. Some of that purpose is absolutely marketing, but some of it is to show us ideas for products that are more imaginative or better than what’s available today.

Motives — especially when it comes to corporate beneficence— don’t need to be and rarely are pure. Just because Razer grabbed our attention with RGB lights doesn’t undo the good of converting a production line to making masks and then donating a million of them to healthcare workers.

Of course, no amount of engineering can solve the biggest mask problem in the US: too many people are refusing to wear them. Please: wear a mask.

┏ AMD’s 7nm Ryzen 5000 mobile processors promise 2021’s best gaming notebooks. AMD is building on the gains it made last year and appears to be pushing to establish itself as a CPU fixture in the laptop market instead of a somewhat rare alternative. Though as my colleague Monica Chin points out to me, that rarity was due in part to the fact that models with AMD chips seemed to be in short supply.

I think the company has a very good chance of doing just that. I will leave a full-on “AMD vs. Intel” analysis for somebody else (or at least wait for real-world results once laptops start shipping), but it doesn’t take a genius to see that AMD is not to be dismissed.

In other words: 2021 could be the year we stop thinking about Ryzen as an alternative to Intel, but instead just a straight up competitor again. Intel could be at risk of no longer being the “default” to a lot of potential customers. That’s not to dismiss Intel entirely, as Chin notes we still need to see what laptops with Tiger Lake H chips are like.

AMD has announced its new Ryzen 5000 mobile CPUs. Most (but not all) of them are based on the company’s 7nm “Zen 3” architecture. AMD CEO Lisa Su called the series “the most powerful PC processors ever built.” … The big question will be how these processors compare to Intel’s new Tiger Lake H systems — the company announced those chips yesterday at its CES 2021 keynote. All three of those chips (including two Core i7s and one Core i5) max out at 35W and have just four cores and eight threads — half the count of Ryzen’s top offerings. However, Intel says there’s an eight-core processor with speeds up to 5GHz coming “later this quarter.” That’s likely what AMD has to watch out for.

┏ AMD says RDNA 2 GPU-powered laptops will arrive in the first half of 2021.

RDNA 2 is AMD’s new graphics chip architecture and the foundation of the custom chipsets in Sony’s PlayStation 5 and Microsoft’s Xbox Series S / X, and now it’s coming to laptops. … The Radeon RX 6000 series of GPUs were the first to feature AMD’s new RDNA 2 architecture when they were unveiled in October of last year, but those were top-of-the-line desktop graphics cards designed to go head-to-head with Nvidia’s 3000 series line. … Today at CES, AMD CEO Lisa Su said the company is “on track to launch the first notebooks with RDNA 2 in the first half of the year with our partners,”

┏ AMD will be letting consumers buy the Threadripper Pro directly. This is definitely for professional use. As Tom Warren notes, “64 cores, 128 threads, and 2TB of memory all sounds amazing until you realize the processor alone is $3,990.”

┏ Nvidia is bringing its RTX 3080 to laptops on January 26th. Nvidia showed a demo of a Razer Blade 15 running a full three-screen rig with Microsoft Flight Simulator, which is a very good sign that many of the planned 70+ laptops with these GPUs will have the goods.

Less than six months after introducing its RTX 3000 series GPUs for desktop PCs, Nvidia is bringing the RTX 3060, RTX 3070, and RTX 3080 to gaming laptops. Nvidia is promising big energy efficiency gains here, thanks to its new Ampere architecture, alongside the obvious performance improvements over the previous RTX 2000 series laptops.

┏ We gave this laptop a 7, then a Swedish metal band turned it up to 11. This has nothing to do with CES and is related to a laptop that’s half a year old. But just… just watch this. Trust me.

Until recently, 1080p and 4K were the only options for displays on gaming laptops, despite 1440p being an increasingly popular choice among PC gamers looking for a new standalone monitor. … The higher-end Blade laptops will be equipped with Nvidia’s new RTX 3000-series graphics chips, and so should have an easy time running most games on a 1440p high refresh rate display. The Blade 15 Advanced (Razer’s name for the more powerful variant) with the RTX 3070 and a QHD screen with G-Sync will cost $2,499.

┏ Asus updates Zephyrus G14 and G15 with latest AMD and Nvidia chips. I bought a G14 last year myself and agree with Monica Chin, it was one of the best. These updates look solid.

Acer is ditching the garish, colorful lights and logos on the Predator Triton 300 for a more restrained — dare I say, professional — all-metal design that wouldn’t be out of place in an office or a classroom, while still offering top-notch gaming hardware on the inside.

┏ Lenovo’s ThinkBook Plus Gen 2 has an even bigger and better E Ink display on the lid.

The ThinkBook Plus debuted at last year’s CES, standing out as a laptop with an E Ink display built into the lid that allowed users to take notes, read ebooks, and display things like calendar information. … The new model improves on that, though, with a 12-inch, 2560 x 1600 E Ink panel that supports multitouch and works with the pop-out stylus, creating what should be a more enjoyable E Ink experience.

┏ Asus ROG’s 2021 lineup includes its first convertible gaming laptop (ish). This is a weird one. Gaming laptops are usually neither convertible not 13 inches. Then there’s the GPU situation, which also involves some …let’s call them choices. However, if you want a gaming laptop that can do double or triple duty for other laptop things, it may be worth understanding those choices.

The refreshed Bolt will feature a sportier look, new seats, adaptive cruise control, and a few other minor changes. GM bumped up the range in this past year’s version of the Bolt, from 238 miles to 259 miles, but no further increase is expected in the refresh. … The new Bolts can’t come quick enough, given the controversy surrounding the current versions of the EV. GM was recently slapped with a class action lawsuit alleging that the Chevy Bolt’s battery is “prone to burst into flames.” The lawsuit comes on the heels of GM announcing that it was recalling 68,000 Bolts over a malfunctioning battery.

┏ GM surprises with autonomous Cadillac and flying car concepts. It wouldn’t be CES without some weirdo car concepts, and thankfully Cadillac has delivered.

The automaker showed off a luxury egg-shaped autonomous vehicle and a single-seater electric vertical takeoff and landing (eVTOL) aircraft during its keynote address on Tuesday. Both vehicles are part of Cadillac’s Halo Portfolio and probably won’t be going into production anytime soon — or at all. … Still, the concepts are meant to show off Cadillac’s (and, by extension, GM’s) design intentions for future products, as well as serving as an extravagant symbol of the brand’s manufacturing skills.

Robots Could Lead to a Utopian or Dystopian Future 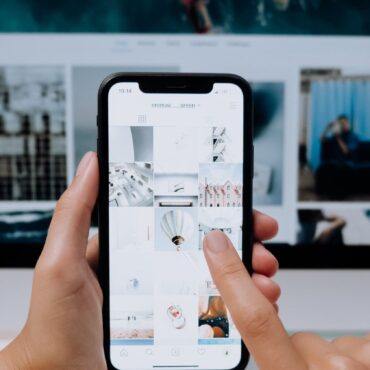 How to Invest in Cryptocurrencies to Beat Inflation?