After saving hard for months, you’ve finally got the new PS5 and can’t wait to explore the amazing gaming features it brings forth. But what should you do with your old gaming console? Hang on to it and revisit it from time to time, or toss it in your box of old stuff and focus on the new?

Well, keeping it for retro gaming is an excellent idea, but you could also turn it into something more practical. For a wealth of ideas, check out these awesome DIY projects to repurpose old video game consoles.

Tired of guessing your way around your house at night because you don’t want to turn on the lights and wake the rest of the family up? Repurposing your old gaming controller into a night light will certainly be a game-changer.

Besides the controller, get three AAA rechargeable batteries, a 5.5-volt solar panel, 5 mm LED lights, a mercury switch, rear bike light, casting resin, mold, a diode. Then follow this tutorial from Instructables to make a simple but highly functional night light from your NES controller.

Check out these other fun DIY ideas to create awesome night lights.

2. Convert an Old NES Into a DVD Player

You’ve successfully transformed your NES controller into a night light, now what should you do with the console? DIY it into a DVD player, and enjoy watching your movies the old school way.

Besides the console, you’ll need a small DVD player, a Dremel, a single screwdriver, a hot silicon gun, and a pair of silicon bars. Disassemble the gaming console and the DVD player, insert the latter into the former, and close it up. Then install the circuits, RCA, AC/DC, and the IRDA as explained in this article from Instructables.

Afterward, you should have a fully functional, ready-to-use DIY DVD player.

Although there are far more advanced models nowadays, the Game Boy Color remains one of the best handheld gaming consoles. If you still have one, solar power it, so you never have to buy batteries for it again.

Get a 2AA solar light and a pair of rechargeable batteries from Walmart. Then source some velcro, extra wire, shrink tubing, and glue to permanently attach the solar kit to the handheld console. Finally, put everything together as Instructables explains.

Although old, the SEGA Genesis control pad boasts a pretty intuitive design and it would be a shame to let it waste away in your batch of old devices. Transform it into a USB jump drive and enjoy some top-notch customization.

You’ll need to take apart the controller, discard its circuitry, plug in the jump drive, and reassemble it as Jetgear explains in the YouTube tutorial. Note however, besides the SEGA Genesis, you can use any controller you have available.

Colleagues or people who live to annoy are an unavoidable part of life but that doesn’t mean you have to put up with their stunts. Gather up your old or broken gaming console, an Arduino, motion sensor, a 4-digit 7-segment display, clock breakout board, shield stacking headers, and a pair of male and female extensions.

Use these parts to make a motion-activated timer that lets whoever stops by your working space know they have limited time to talk to you. The timer goes off whenever someone comes into your space. As it counts down, a song you selected starts playing as a heads-up to the annoying co-worker that their time is up.

It’s a pretty handy invention, especially if you have a hard time getting your colleagues to respect your boundaries.

Imagine using your controller as an MP3 player. Cool right? Well, that’s exactly what this project lets you achieve with your old NES Controller. And it’s pretty straightforward to make too, as demonstrated on the Shmups Forum.

Start by opening and disassembling the controller, then insert your MP3 player of choice. Next, cut out a hole for the USB port using a Dremel, do the same to create a display for the MP3 player, and assemble everything. Voila! You have a pretty cool MP3 player. As for the headphone jack, it should fit perfectly where the controller’s cord used to be.

In need of a wireless router but don’t want to spend $40 for it? Transform your NES cartridge into one and skip the costs. Besides the cartridge, you will need a Belkin wireless G Router, flathead screwdriver, solder, thin wire, razor blade, and a low-heat soldering iron.

Start by disassembling the cartridge and the wireless router. Use a razor to remove the long horizontal beam and vertical screw threading cylinder on the cartridge.

Remove capacitors to create space for the board, and assemble it according to this guide on The Unconventional Hacker. It should then be ready to use. You can name your unique invention whatever you fancy.

Want to be the coolest person at the lunch table? Turn your old Nintendo into a lunchbox with this Instructables tutorial, and watch your colleagues admire it each time you pull out your lunch.

Open your Nintendo console, and remove all the parts using a pair of pliers. Unscrew the power and reset buttons from the circuitry and put them aside as you’ll need them later. Remove the tiny plastic posts that attached the circuitry, using a rotary tool to create room. Then install the hinges, glue the buttons you removed back in place, and your cool Nintendo lunchbox will be ready to use.

They say “old is gold” and, sure enough, a little creativity can transform old consoles and controllers into practical, unique items. From night lights and portable MP3 players to DVD players and lunchboxes, you can repurpose old kit into almost anything.

Let these projects inspire you and remember: reduce, reuse, recycle!

Looking for ways to upgrade and personalise your man cave? Check out these nine inspiring DIY project ideas.

Alan Blake is a passionate and proficient writer who loves exploring, learning, and sharing his findings in an engaging approach. He not only likes to keep up with SEO trends but also technology advancements. He currently works as a writer at MakeUseOf where he covers tech DIY among other niches.

Top 10 Augmented Intelligence Companies to Look Out For in 2022 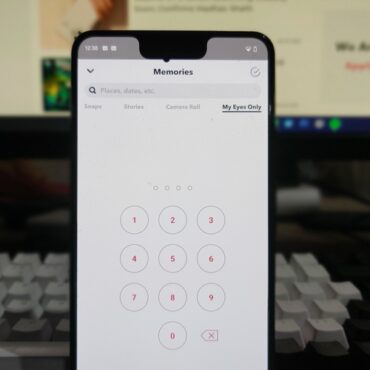