When installing most Linux distros, you simply download the ISO, create a bootable media, and begin the installation process—no research required.

But things are a little different with Arch Linux. If you jump right into the installation part without learning about the distro first, you’ll be dumbfounded by the complexity of the process. And that’s just the installation to speak of.

To make sure your first perception of Arch Linux doesn’t include the words “sophisticated,” “confusing,” or “not for me,” here’s a brief list of things you should be familiar with before diving headfirst into the free and vast world of Arch Linux.

Contents hide
1 1. Arch Linux Is a Rolling Release Distro
2 2. Arch Linux Has a Command Line-Based Installation
3 3. You’ll Have to Install Everything Manually on Arch Linux
4 4. Arch Is the Closest Thing to Digital Minimalism
5 5. Arch Linux Is Different Than Ubuntu or Fedora
6 6. You’ll Have to Fix What You’ve Broken Yourself
7 7. Arch Has a Well-Maintained Documentation (ArchWiki)
8 8. The AUR Has Almost Every Software You Need
9 Why You Should Install Arch Linux
9.1 Subscribe to our newsletter

If you come from a stable Linux distribution like Ubuntu or Fedora, then you’ll find software distribution on Arch Linux quite fascinating. Unlike other stable distros, Arch developers don’t release LTS or beta versions for the public. Instead, there is only one Arch Linux—one that works and works really well.

As the heading states, Arch is a rolling release distro, meaning installed packages are available to update as soon as their developers release one. This ensures that your system is always updated with the latest software, unlike other distros which only offer stable and tested packages to the user.

But this also comes with a drawback. The latest packages are not always tried and tested, which means a few bugs might slip through and render your system unusable. But that’s a cost you have to pay for getting the latest versions of software right after their release.

Almost every distribution aims at transforming Linux into a user-friendly desktop for the general public. But Arch does its own thing with its user-centric ideology.

Instead of providing a fancy graphical installer, Arch leaves you with a boring (yet powerful) command-line interface post-boot. You have to manually command the system to install the OS for you, and that includes partitioning the storage, installing base packages, setting up users, and installing a desktop.

For some users, this might be a red light, for others, it’s a chance to learn Linux concepts right from the beginning. You get to learn how to work with disks, edit configuration files, install the bootloader and other packages; this brings us to the next point.

3. You’ll Have to Install Everything Manually on Arch Linux

The installation process has already made this obvious; you’ll have to manually install everything on Arch Linux. This includes the Linux kernel, firmware package, desktop environments, and additional utilities you need on your system.

Other Linux distros often set up most things for you with their easy-to-use interfaces, including a desktop, users, and the kernel. Not configuring the said components automatically is not a downside to using Arch Linux even if it sounds like one.

With its DIY approach, Arch completely transfers the control to the users, granting them the choice of installing only the packages that they want. This minimalizes bloatware and lets you build a system that you can proudly call yours.

4. Arch Is the Closest Thing to Digital Minimalism

Minimalism has been in trend for quite some time, whether it’s in design, life, or desktops. Arch is one of the few—if not the only—Linux distros that lets you set up a personalized operating system that suits your taste.

You can either choose to stuff your system with applications or keep it minimal, the choice is yours to make. As mentioned above, other distros often ship with bloatware that have no practical applications for the end-user.

On the other hand, a minimal install of Arch Linux will leave you with a base Linux system, and nothing else in addition, not even a desktop environment. You get to choose which desktop to install—if you want one, of course. You can even get by without a desktop environment using the default Arch shell if you’re comfortable with the Linux command line.

5. Arch Linux Is Different Than Ubuntu or Fedora

Distributions such as Ubuntu and Fedora frequently release new versions of the OS with time. These new releases include updated software, new additions to the distro, and improvements in existing features. Arch doesn’t work that way.

When someone mentions Ubuntu, you can ask which version, and they’ll usually reply with a version number or code name. On the other hand, when you hear Arch Linux, you don’t need to inquire about the version number, as there is no version of Arch Linux.

Instead, there is only one Arch Linux, which is updated regularly as the developers release their software updates. A new version of a package gets released, you can install it the next day. New Linux kernel released? You can test it out right away.

6. You’ll Have to Fix What You’ve Broken Yourself

When you regularly update packages on your system to the latest version, you’re bound to experience some instability every now and then. Although most of the time the issue gets resolved quickly (thanks to the quick updates), sometimes you might have to fix the issue yourself.

If you break something on your system, in most situations, you can fix the problem by undoing what you just did. But some errors might be beyond your comprehension and you might need help in fixing them. This is where the ArchWiki comes into play.

7. Arch Has a Well-Maintained Documentation (ArchWiki)

Unlike Ubuntu and Fedora, which usually have a support period that lasts for years, you don’t get similar support in Arch Linux. Instead, what you do have is a large collection of well-maintained documentation known as the ArchWiki. Whenever you find yourself sitting in front of a screen full of errors, go search the ArchWiki. Don’t know why sound isn’t working on the system? Google results from the ArchWiki.

Of course, there will be times when you won’t find aid in the official documentation, and in such unexpected situations, you can post your issue in the Arch Linux forum. The community is helpful and you’ll find hundreds of users ready to assist you, but only if you properly post your concern.

A word of caution: make sure you’ve flipped through the pages on ArchWiki before you seek help in the forum, unless, of course, you want to get trolled. This is primarily because Arch users don’t like to spoon-feed every detail to newbies, especially when they can easily find the solution on the Wiki.

8. The AUR Has Almost Every Software You Need

On top of the official Arch repositories, from where you can download and install most packages, you also have the Arch User Repository (AUR). The AUR is a community-driven repository where anyone can upload and host software developed by them. If you can’t find a specific package in the official repositories, there are heavy chances it will be in the AUR.

But this easy access to software also comes with a cost. Most packages on the AUR aren’t tested properly and there’s a fat chance some might render your system useless.

Why You Should Install Arch Linux

There are ample reasons to switch to Arch Linux: the availability of the latest software, complete control over the system, and the ability to customize Linux to your taste—only to name a few. Apart from that, you get to say “I use Arch btw” on internet forums, which is one of the best reasons to install Arch Linux in the first place.

Don’t like the complexity associated with Arch Linux? Don’t fret. Test the power of Arch by installing a user-friendly Arch-based distro first, and if you like it, you can always switch back.

Fascinated by the level of control that Arch offers to its users? Check out these eight Arch-based user-friendly Linux distributions. 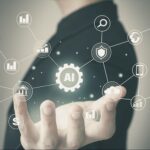 How is Artificial Intelligence Revolutionizing the Society? 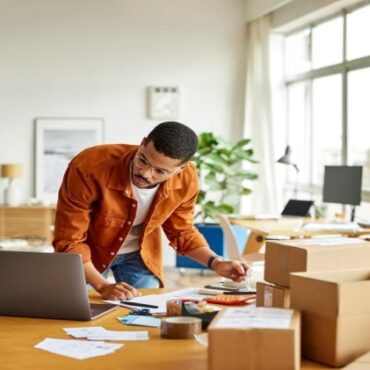 Three Main Things Killing Your Website Speed in the Background 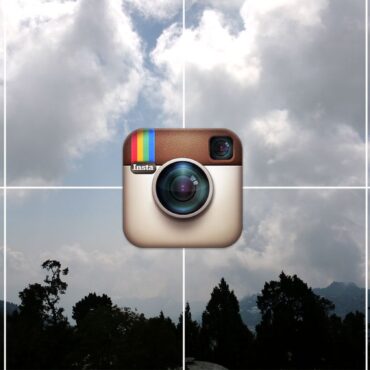 Create Grid Photos for Your Instagram Feed With These iPhone Apps