In a somewhat surprising decision, Sony is to manufacture a swathe of PS4 consoles. But why?

In 2020, Sony released the much-anticipated next generation of its beloved console, the PlayStation 5. Since then, it has flown off the shelves with a demand that hasn’t slowed down, even after more than a year after its launch.

Unfortunately, if you’ve been waiting for a chance to get your hands on a PS5, the odds against you. However, Sony is offering an alternative solution fans—producing more PS4 consoles. Here’s why.

Contents hide
1 Sony Plans to Keep Producing PS4 Consoles Through 2022
2 Get the Most Out of the PlayStation System
2.1 Subscribe to our newsletter

Compared to the PS4, the PS5 is a massive upgrade in terms of processing power. For this reason, the PS5 requires advanced chips which are more complex to make. However, due to the global chip shortage, Sony’s limited capacity to produce PS5 makes it both expensive and difficult to manufacture.

In turn, the black market for scalping and reselling PS5 consoles has caused several issues in the gaming community, especially for those looking to purchase the console for personal use.

While existing users of the PS4 have no choice but to wait until more units of the PS5 are available, the calculated move to produce more PS4 units aims towards a different subset of users: first-time PlayStation owners.

Related: PS5 vs. PS5 Digital Edition: Which One Should You Buy?

Not only is the PS4 cheaper and less difficult to produce, it also still offers an enjoyable gaming experience. By encouraging new users to purchase the PS4 instead, it loses fewer users to its competitors.

So, if you’re in the market for your first PlayStation console, you may want to ask yourself if the PS4 is still worth buying.

Get the Most Out of the PlayStation System

Because of the global chip shortage, there’s no telling how long it will take before Sony can produce enough PS5 units for its growing base of avid supporters. In the meantime, first-time PlayStation owners can try their hand with a PS4 instead.

Due to its backward compatibility, the majority of the existing PS4 games are already compatible with the PS5. For this reason, PS4 owners can still expect to have access to their favorite PlayStation-exclusive games, even after they’re able to get their hands on the PS5.

Why The PS5 Could Have an Amazing Gaming Library by 2025

The PS5 is notoriously lacking in the game library department, so when will we see that improve?

Quina spends most of her days day drinking at the beach while writing about how technology affects politics, security, and entertainment.

She is primarily based in Southeast Asia and graduated with a degree in Information Design. 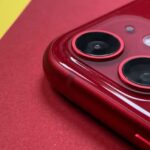 What Does (PRODUCT)RED Mean on Apple Products?

Top 10 Smart Contract Cryptocurrencies to Look Out for in 2022

Impact of AI and Robotics in the Healthcare Industry

Top 10 Cryptocurrencies to Invest in March 2022 for High Returns