The more technology finds its way into various industries, the more important programming as a skill becomes. But learning any programming language from scratch to master takes a lot of time and effort, even for experts who’ve been in the profession for years.

Wouldn’t it be amazing if computers could just understand plain English and do what you tell them to? Instead of hacking away at a terminal for hours on end, one company believes AI to be the key towards simpler and faster communication with computers.

Contents hide
1 What Is OpenAI?
2 What Is Codex?
3 How Does Codex Software Work?
3.1 Codex Isn’t Infallible
3.2 Concerns of Plagiarism
4 OpenAI Codex vs. High-Level Programming Language
4.1 Ease of Use
4.2 Flexibility
4.3 Reliability
5 The Future of Programming With AI
5.1 Subscribe to our newsletter

OpenAI is an Artificial Intelligence (AI) research laboratory and company. They’ve created various AI-powered programs and machine learning algorithms that allow computers to do all sorts of things like creating images from text or making a robot hand that solves Rubik’s Cubes.

Codex, the AI coding software, was built on OpenAI’s language generation model, GPT-3, and acts as a translator between users and computers. In early demos, users were able to create simple websites and games using natural language or plain English rather than a dedicated programming language.

Greg Brockman, the CTO and co-founder of OpenAI described codex as:

We see this as a tool to multiply programmers. Programming has two parts to it: you have ‘think hard about a problem and try to understand it,’ and ‘map those small pieces into existing code, whether it’s a library, a function, or an API. The second part is tedious, but it’s what Codex is best at. It takes people who are already programmers and removes the drudge work.

Codex was created to be an improvement on GPT-3. Instead of being trained on web content in general, its developers specifically used open-source code repositories they scraped from various parts of the web.

The result is an AI coding software that’s able to generate and parse written sentences in various ways while understanding the connection between translations and variations.

How Does Codex Software Work?

Codex isn’t just a simple-minded translator. It’s an AI like any other that specializes in coding.

Working with Codex is like talking to a virtual assistant such as Alexa, Siri, or Google. You ask the software to do what you want the same way you’d ask a friend for a favor.

For instance, if you’re designing a website, you can type in commands like “create a web page with the title at the upper left and menu at the upper right.”

You can also instruct it to adjust elements by changing their font, size, or orientation. While this may seem relatively straightforward and obvious to you, to Codex, it’s a series of commands.

In order to move an element in your web page to the right, Codex would have to know the item in question, select it, and move it a certain amount of pixels in one or more directions. And if you’re familiar with coding languages, this usually takes longer to write than “move the image to the bottom right.”

It’s important to note that Codex is not infallible. It’ll make fewer mistakes as it learns and becomes smarter, but it’s unlikely that it’ll develop a 100% accuracy rate, especially since it handles input as complex as natural language.

Unlike no-code approaches to programming, Codex is here to help you out and save time. As you’re working on your website or program, you’ll still need to be somewhat familiar with the programming language you’re operating in to minimize bugs and mistakes.

Even Alexa, rated the smartest of all commercial virtual assistants, sometimes has trouble understanding certain questions and requests made in a natural language. While using Codex, you may have to rephrase your request a few times for it to fully understand your request.

One of Codex’s first creations was Copilot, a code repository owned by Microsoft and deployed with GitHub. It’s essentially auto-complete for code. But when it suggests bits of code, Copilot sometimes recommends code written by other developers.

The jury is still out on Codex. Since it was trained strictly on open-source code, the majority of its suggestions would likely fall under fair use, especially when used by individuals rather than corporations. Brockman also shared that they expect a level of debate with every new technology and that changes will be made if the community deems necessary.

When it comes to options that bring coding closer to human languages, there are two options: either translating using AI as Codex does, or using high-level programming languages that already resemble natural language or mathematical notation.

It’s safe to say that Codex is much easier to use than even the simplest programming languages like Python. If you can type what you want in a clear sentence, Codex can do it for you.

Technically speaking, Codex has studied a wide variety of code samples enabling it to understand and generate all sorts of commands. However, the more complex the command, the harder it is to communicate it properly to the software.

When writing coding yourself, on the other hand, you can simplify the request and tweak it to achieve your exact goal with few and far between limitations.

Bugs are to be expected whether you’re using Codex or writing your own code—no matter how simple or experienced you are in a language. Still, by writing your own code, you have a solid roadmap of what it’s going to do. With Codex, however, you’re at the mercy of the AI understanding exactly what you’re trying to tell it.

Related: Microsoft Has Developed an AI That Can Find and Fix Bugs in Code

The Future of Programming With AI

If successful, Codex is expected to compete with no-code and low-code tools in making programming more accessible to the public and even cover for the shortage of programmers several countries are facing.

You don’t have to code to develop apps. Try these fantastic no-coding resources to build apps, websites, and digital products. 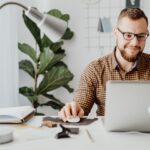 10 Cryptocurrency Web Development Companies to Watch Out in 2022

Peaks To Climb In Nepal

Is Meta Really Extremist? How Should the World React to this? 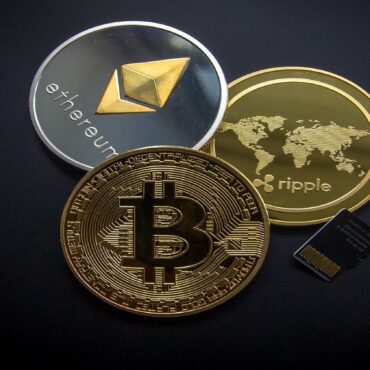 4 Impacts of the January 2022 Crypto Crash