The convenience of charging an EV can’t be overstated. After all, you can juice up overnight in your garage, at a fast charging station off the highway, or at a growing number of public chargers found in cities and towns across America. But there’s one small caveat to bear in mind: there is still no universal standard governing EV charging connectors and plugs.

Instead, automakers have largely converged on a small handful of different designs. Before upgrading to an electric car yourself, review these different type of charging connectors that let you siphon that sweet, sweet electricity.

As most major automakers now field at least one pure electric vehicle or plug-in hybrid, automakers have had to decide which type of charging port to adopt. The results have largely been in support of a universal standard.

That isn’t a blanket truth, however, and how true it is largely depends on the brand of EV and which tier of charging speed you’re talking about. As we’ve written about before, electric car charging speeds break down into three distinct categories: Level 1 charging, Level 2 charging, and Level 3 charging.

A quick recap on charging speeds: Level 1 charging is when you plug into any ordinary 120V wall outlet. Level 2 typically represents 240V charging and is often facilitated by a dedicated wall charger that you likely need to purchase and have professionally installed. Level 3 charging refers to the fast-charging stations that can juice up a drained battery in just an hour or two.

When it comes to EV charging connectors, Level 1 and Level 2 chargers are nearly universal. In the U.S, every automaker save for Tesla uses what’s known as the J1772 connector for Level 1 and 2 charging.

The J1772 connector is a circular five-pin design that features three larger pins and two smaller ones. Look around, and you’ll likely find that these are connectors being used at all your local charging locations, such as the EV charger that may be offered at your local supermarket or town hall.

Related: Electric Vehicle Companies That Are Breaking New Ground If Elon Musk fans want to use an EV charger equipped with a J1772 connector, they’ll need a special adaptor, as Tesla continues to use a proprietary charge port not shared with any other automaker. Luckily, these adaptor cables are included with the purchase of any new Tesla.

As we mentioned, Level 3 charging is the big league—the quickest charging option out there by a wide margin. As such, hooking up to one of these fast chargers requires a unique cable that can’t be shared with Level 1 and Level 2 charging stations. Automakers currently use one of three main charging connectors for Level 3 charging.

The most common connector type for Level 3 charging is what’s known as the CCS charger. Short for Combined Charging System, the CCS charge port is essentially a modified J1772 connector; it augments an additional two-pin connector below the standard J1772 five-pin design. This connector is currently used by all automakers except for Nissan, Mitsubishi, and Tesla.

Nissan and Mitsubishi are the only two automakers in the U.S to use what’s known as the CHAdeMO charge port. Like the charger design itself, the name comes from Japan; it’s an abbreviation of “Charge de Move,” which itself was derived from the Japanese phrase “O cha demo ikaga desuka.”

If you haven’t brushed up on your Japanese recently, that translates to “How about tea?” The idea is that charging your electric car at a Level 3 charger offers the perfect amount of time to enjoy a fresh brew before you and your car are both topped off and ready to hit the road again.

In Japan, the CHAdeMo is the universal standard at Level 3 fast-charge stations, but only Nissan and Mitsubishi have brought the technology to the U.S. Rather than require an adaptor, EVs from these two manufacturers feature two plugs behind their filler doors; one accepts the CHAdeMo connector, while the other receives the CCS type.

Tesla being Tesla, it hasn’t adopted either CHAdeMo or CCS connectors; instead, it uses its own exclusive fast-charger connector design that’s only compatible with Tesla vehicles. You’ll find these Level 3 connectors at the brand’s Supercharger stations that are located along most major interstates across the country.

If a Tesla driver wants to enjoy the speed of Level 3 charging and isn’t near a Supercharger, they can use an adaptor that works with the CHAdeMO type connector.

Of the major independent charging networks—including EVGo, ChargePoint, and Electrify America—all offer access to both CCS and CHAdeMO connectors. That means you can fast-charge any EV at their locations, including a Tesla, provided you have the correct adaptor.

It’s also worth noting that certain EVgo chargers are equipped with the correct Tesla connector, making it the only independent charging network to offer the proprietary Tesla charging hardware.

No matter what EV you choose to buy, you’ll find that your charging connector options will boil down to one of just a few different designs. The most common connector? The J1772. Unless you buy a Tesla, this is the connector you’ll want to get familiar with. Expect to use it for all Level 1 and Level 2 charging.

If you’re interested in Level 3 charging, you’ll likely be using the CCS connector. It’s a modified J1772 design and is used on all new EVs aside from those built by Tesla, Mitsubishi, and Nissan. Of those three nonconforming brands, the latter two are sticking with the CHAdeMO design, a Level 3 connector which is the industry standard in Japan but is overshadowed by the CCS design both in the U.S and in Europe.

Tesla continues to hold fast to its proprietary design, though it does offer a CHAdeMO adaptor for when a Supercharger station isn’t within range.

The bottom line of all this? You’ll need to be cognizant of the charger type your EV requires, but there’s no need to worry about whether you bought a car with CHAdeMO or CCS. The charging infrastructure currently supports all charging connectors, so you’ll have no issue juicing up regardless if you drive a Nissan Leaf or Tesla Model S.

Battery Capacity vs. Charging Speed: Which Is More Important?

Do you want a big battery or a fast one? Wait, why can’t we just have both?

A lifelong car enthusiast, John has always been fascinated by how cars and technology intersect with contemporary culture. Writing and reporting on the auto industry has finally given John an excuse to spend far too much time pondering what this means for consumers and society. When not reading up on the latest automotive news, you can find John hanging out with his two cats or doing crossword puzzles. 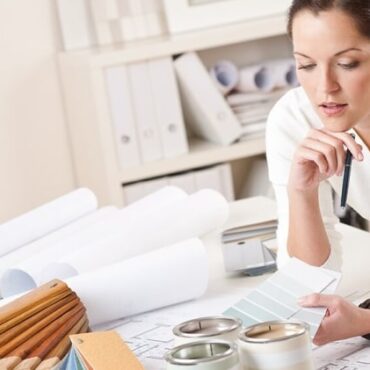 These 12 home-made business ideas have worked great for many!

Shiba Inu Coin Attain $4 in Buying and selling—Will It? The SIX Best Seed For Minecraft 1.18