Reddit is one of the oldest social media platforms in the market that has garnered hundreds of millions of users over the years. If you are a Redditor (yes, that’s what we call a Reddit user), you would know that you can find all kinds of content and people from around the world on the platform. However, due to the open nature of the platform, many users can be the target of harassment or bullying by others. To prevent this from negatively affecting its users, Reddit has previously taken steps by partnering with an SMS hotline service that provides counseling and support to depressed users. And now, the company has revamped its blocking feature to make it more effective. So if you are looking to get rid of an annoying Redditor who keeps spamming your posts or shaming you, here’s how to block someone on Reddit with ease!

First, we have explained how the new blocking system on Reddit differs from the previous one. And then, we detail the steps to block or unblock users on Reddit using the mobile or desktop app. Use the table below to navigate to a relevant section of your choice.

Previously, if you blocked a user on the platform, it prevented you from seeing their posts on your timeline. The feature, however, did not have any effect on the blocked person as they could still see or interact with your posts and comments on Reddit. Hence, it was merely a mute feature rather than a blocking feature.

Citing this major flaw in its blocking feature and taking the user outcry into consideration, Reddit recently shared an official blog post to announce its improved new blocking feature. The company stated that it is currently rolling out its “revamped blocking experience” for users and moderators. Now, how is that different, you ask? Keep reading to learn more about the new block user feature on Reddit.

The improved blocking feature will allow you to actually block a user rather than muting them. So now, if you block a person who is harassing or bullying you on Reddit, they will not be able to see your posts, comments, or even your profile. For the blocked users, your posts and comments will appear as “deleted” and your profile page will appear as “unavailable”.

Moreover, if the blocked moderator posts or comments in a community and distinguishes themselves as a mod, you will be able to see their posts on your timeline. You can learn more about how the new blocking feature would work for moderators right here.

Now, if you are wondering how to block someone on Reddit, we got you covered. You can find the step-by-step guide below.

How to Block Someone on Reddit on Mobile (Android & iOS)

Using these steps, you can easily block someone who might be harassing, bullying, or stalking you on Reddit. And thanks to the improved safety feature, the blocked user will not be able to see or interact with your profile, posts, or comments after you block them.

How to Block Someone on Reddit on Desktop (Windows & Mac)

Coming to the steps of blocking someone on Reddit using a Mac or Windows desktop, the process is the same as the web client. So, without further ado, let’s get into the steps below.

How to Unblock a User on Reddit on Mobile (Android & iOS)

Now, if you want to unblock a user you previously blocked on Reddit using the mobile app, follow the steps below.

How to Unblock a User on Reddit on Desktop (Windows & Mac)

As for unblocking someone on Reddit using a Mac or Windows desktop computer, follow the steps below.

You can follow the above steps to easily unblock someone you previously blocked on Reddit using its desktop app or the web client.

If a blocked user comments on any other user’s post that shows up on your timeline, the comment will appear as collapsed, and they will be flagged as a “Blocked User“. When Reddit initially rolled out the update, a bug caused the comments of a blocked user to appear without the “Blocked User” flag for some users. However, the company later confirmed to have fixed the bug.

Where do I find the list of users that I blocked?

If you wish to access the list of users you have blocked on Reddit, you can go to the “Safety and Privacy” section from the User Settings menu. You can find the “User Settings” option in the drop-down menu of your profile (screenshot attached below).

If I block a user on Reddit, do they get automatically reported?

No, blocking a user on Reddit does not automatically report their profile. It simply blocks the user from accessing your Reddit footprint and vice-versa. If you want to report a user, you can visit Reddit’s reporting page and submit a report against their profile with valid reasons.

Can I unblock a user and then block them again?

Yes, you can. However, Reddit will prevent you from blocking a user you have recently unblocked. So, you will not be able to block the user for a certain period after you unblock them. It is to prevent abuse of the block feature on the platform, as per Reddit.

When will the new blocking experience on Reddit be available for my device?

Reddit says that it is currently rolling out the new blocking experience for all users across platforms. So, if it is not available on your mobile or desktop app, try updating them to the latest versions from their respective digital marketplaces.

So yeah, that’s all about Reddit’s revamped blocking experience. The new way to block Reddit users is much more robust than the previous one and aims to provide users with a safer social experience. However, if you are looking to leave Reddit for good and switch to alternatives to Reddit, check our in-depth guide on how to permanently delete your Reddit account. Nonetheless, do share your thoughts about Reddit’s new blocking experience in the comments below. Also, stay tuned on our website for more tech guides, news, and interesting stories. 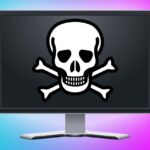 Have a Dead Pixel on Your TV or Monitor? Here’s What That Means

How to Create an Ebook With Microsoft Word

5 Apple Reminders Lists to Stay Productive Outside of the Office 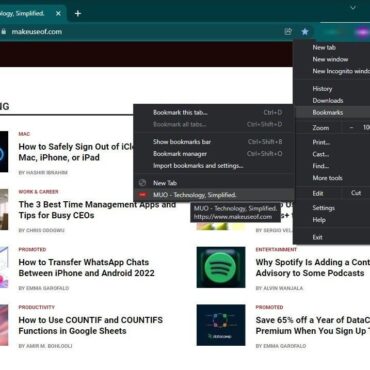 8 Ideas for Unique Shots in the Cold